From 2004-2019, MACODEF was operated as a partnership between the local board of governors and the international board of trustees. Trustees, all of whom once lived in Vihiga, were primarily responsible for fundraising and strategy. Electronic board meetings and weekly emails or phone conversations with the project coordinator kept the trustees well informed about day-to-day operations in Kenya.

At the beginning of 2020, the trustees relinquished their duties, ceding all oversight of MACODEF operations to the local board of governors. The final composition of the board of trustees included the following members: 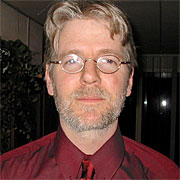 Jan Kees den Bakker is the Head of the Human Resources Department at Cordaid, the largest Dutch development agency. After receiving his university degree in psychology, he served as a teacher and headmaster at Vigina Secondary School for nearly two years. He then studied in the U.S. at the Earlham College School of Religion for a year before moving to the Middle East, where he taught English for three years. After that he worked ten years in Amsterdam providing assistance to drug users and in-service education on drug abuse to educational and social service personnel. Jan Kees currently lives in Almere, The Netherlands, with his wife Martha and three children. ~ mageebakker@hetnet.nl

Karen Amisi is an adjunct professor of biology at Grand Valley State University and holds a Ph.D. in Horticulture from The Ohio State University. She graduated with a Bachelor of Science degree in Horticulture from Egerton University in Njoro, Kenya in 1995 and received her Master of Science degree in Natural Resources and Environmental Sciences from The University of Illinois, Urbana-Champaign, in 2000. Karen hails from North Maragoli in Western Kenya and currently lives in Michigan with her husband, Sango, and three children. ~ kjanila@hotmail.com 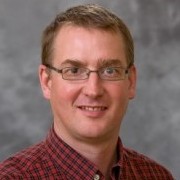 Wade Powell is Professor of Biology at Kenyon College. After graduating from Davidson College, he lived in Chandolo Village and served as headmaster of Ideleri Secondary School in 1988 and 1989. He then completed an MS in Biological Sciences from East Tennessee State University, a PhD in Biochemistry at Emory, and postdoctoral training at Woods Hole Oceanographic Institution. A molecular biologist and environmental toxicologist, Wade directs a research program investigating the effects of organic pollutants on amphibians. He lives in Mount Vernon, OH with wife Patty Burns (also a former teacher at Ideleri) and their two children. ~ powellw@kenyon.edu 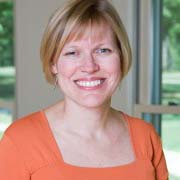 Patty Burns is Director of New Media at Kenyon College. Following graduation from Davidson College, she served together with Wade Powell at Idleri Secondary School, teaching English, Math, and CRE. After earning an MA in English at Indiana University, she worked at Emory University School of Medicine, where was Managing Editor of The Neurologist, an international medical review journal. Since 2001, she has worked in Kenyon’s Communications Office, primarily as the manager of the College’s web site. ~ whoipowell@kenyon.edu 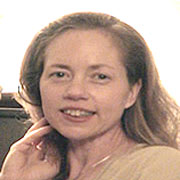 Kristy Davis is the University Industrial Hygienist and Laser Safety Officer at the University of Virginia , where she evaluates and controls environmental and workplace conditions that may cause impaired health among students, faculty and staff. After growing up in Japan , Kristy came to the U.S. and spent two years studying at Earlham College . A year spent teaching in Vihiga in 1981 instilled a desire to work in the applied sciences, where she could have a direct impact on improving people’s living and working conditions. After obtaining a Bachelor of Science degree in Integrated Pest Management from UC-Berkeley, she worked for several years in the San Joaquin Valley in California as an integrated pest management (IPM) consultant. She then volunteered in Egypt with a USAID project, assisting grape growers in reducing chemical pesticide use and introducing them to the concepts of IPM. She holds a Master of Public Health degree in Occupational/Environmental Health. Kristy currently lives in Earlysville, Virginia , with her husband, Will, and their two sons. ~ kad4t@virginia.edu 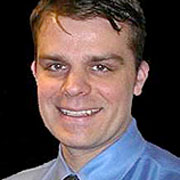 A former auditor for the State of Arizona, Stephen Jackson is currently a Senoir Consultant for Deloitt Consulting, LLP. He graduated from Earlham College in 1996 and participated in the 1995 Earlham College Kenya Program. While there, he lived in Kaimosi conducting ethnographic research and became particularly concerned with the spread of HIV/AIDS, the relative absence of health education and medical resources, and the lack of economic development opportunities in the area. He went on to earn a Master’s degree in Public Affairs with a Policy Analysis concentration in 2001. Steve currently lives with his wife, Andrea, and a daughter in the Boston area. ~ stemjackson@hotmail.com 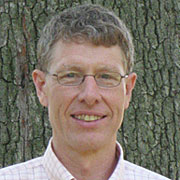 David McConnell is Professor of Anthropology at The College of Wooster in Wooster, OH. A 1982 graduate of Earlham College, he went on to complete an M.A. degree in anthropology and a Ph.D. in education from Stanford University. He was a Fulbright scholar in Japan from 1988-90 and a postdoctoral research fellow at the John F. Kennedy School of Government at Harvard University from 1991-92. In addition to serving as headmaster of Vigina Secondary School from 1980-81, he has returned to the Maragoli region several times over the past two decades as part of an ongoing research project on social and educational change in rural Kenya. David currently lives in Wooster, Ohio, with his wife Cathy and two children. ~ dmcconnell@wooster.edu 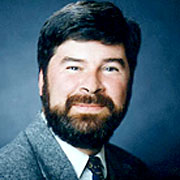 Matt McElrath is the Chief Human Resources Officer at USC Hospital Systems. Prior to his move to USC, he was the senior executive in Human Resources at The Mayo Clinic in Arizona for nearly twelve years. A 1982 graduate of Earlham College, he went on to complete a Master’s degree in Organizational Management from the University of Colorado. His first extended visit to Kenya came in 1980, when he served as deputy headmaster of Vigina Secondary School for two terms. He returned to Western Province in 1982 as co-leader of Earlham College’s study abroad program in Kenya. Matt currently resides in the Los Angeles area, with his wife Inez and a blended family of five. ~ Matthew.McElrath@health.usc.edu 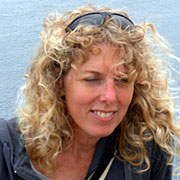 Martha Magee is an English teacher at ROC Flevolands, a junior college near Amsterdam. The daughter of missionaries, she grew up in Hokkaido, Japan, and completed high school in Japan. After attending one year of college in the U.S., she traveled to Kenya, where she taught at Vigina Secondary School for a year. After graduation, she worked in the Middle East as an English teacher for three years. Fluent in Japanese, Dutch, and English, and conversational in Kiswahili and Arabic, Martha has spent the majority of her life assisting people in navigating and benefiting from intercultural encounters. She lives with her husband Jan Kees and three children in Almere, The Netherlands. ~ martha_magee@live.com 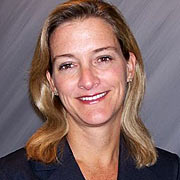 A native of South Carolina, Brooks is an environmental lawyer in Jacksonville, Florida. After graduating from Davidson College and before attending University of South Carolina School of Law, Brooks was a teacher at Virginia Secondary School for a year. Her legal background includes private litigation as well as federal regulatory experience with the Environmental Protection in Washington, DC. She is currently pursuing a Masters in Environmental Law (LL.M.) from George Washington University, and her practice focuses on environmental law with an emphasis on issues related to Everglades restoration. Brooks enjoys living in Jacksonville with her husband and two daughters. ~ brookswilkersonmoore@yahoo.com