Most families in Maragoli farm small plots of less than one acre. Even with two growing seasons, the pressure on the land is intense, as maize and beans, the two staple crops, deplete the soil quickly.  After attending a two-week seminar on organic farming, our board chairman, along with local agricultural officers, has spearheaded an effort to improve soil fertility through composting, crop rotation, double digging, and use of cover crops. With a matching grant from Cordaid in 2011, we were able to launch a three-year project to improve soil quality and agricultural practices in the two villages and, at the same time, set up a viable school lunch program for all students at the two primary schools.  The two prongs of the project were tied together in this way: parents who received seeds, fertilizers and training in sustainable agriculture committed themselves to donating 10 percent of their increased yields back to the schools in order to sustain the school lunch programs. In addition, the grant provided funds for construction of kitchens and food stores at the two schools, as well as the purchase of hoes, wheelbarrows, and energy efficient stoves. Children at the two primary schools now enjoy lunch, which reduces afternoon fatigue and absenteeism. 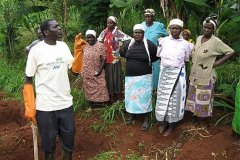 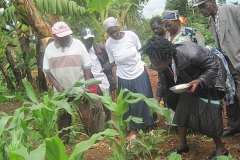 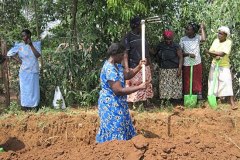 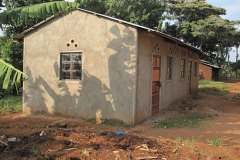 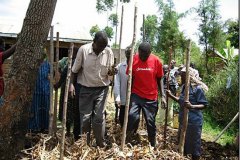 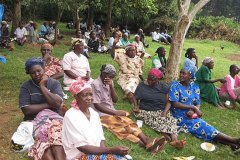 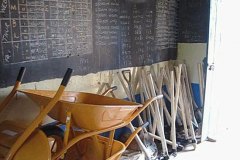 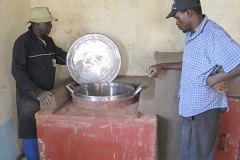 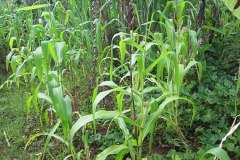 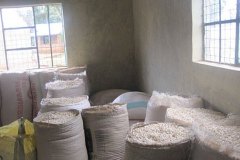 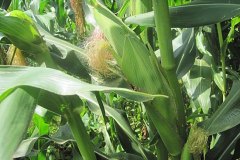 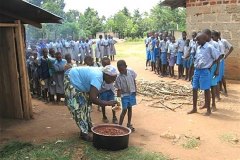